The signs are still positive.

At the start of the year, the news was filled with positive reports about the UK economy. The recovery now appears to be taking hold and more companies are starting to benefit from this. The signs have remained positive throughout the first half of 2014 and there has been continuous media coverage about the UK economy.

Britain’s economy will return to its pre-recession peak this summer, according to revised economic figures from the British Chambers of Commerce which upgraded its growth forecast from 2.8% to 3.1% for 2014.

Are you ready to take advantage of the UK’s growing economy?

Now is the best time for many years, to promote and grow your business. That’s why for July we’ve put together great offers to help you do just that.

The economy is now reaching pre-recession levels and all the indicators remain positive.

Start planning the next steps for your business and promote your services. 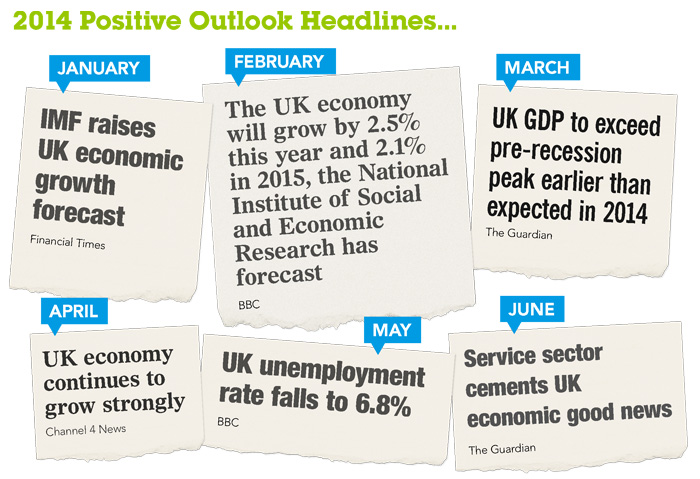